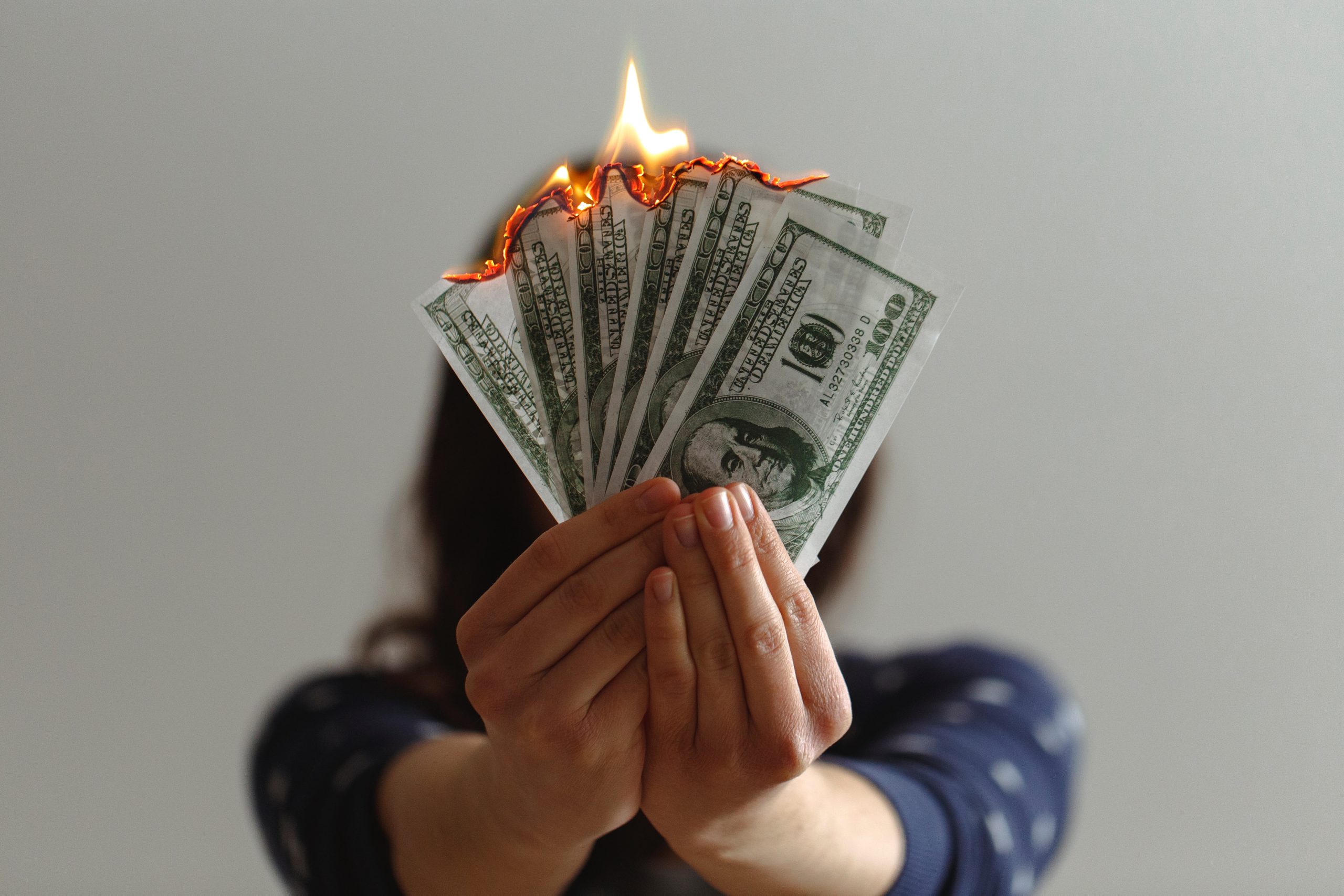 5 Financial Mistakes That Are Costing You a Fortune

If you’re anything like me, you’re often more focused on the bigger picture. I prefer to think about earning more, not spending less.

But there’s an opportunity cost to everything you spend.

Afterall, that’s money that could be making you more money.

And with everything that’s going on in the world right now, it’s definitely got me thinking about having more financial security.

Here are the five financial mistakes I tried to avoid most:

You probably hate me for saying this. My clients get mad when I say it. But eating out frequently could be detrimental to your finances.

The average brit eats out more than once a week and visits the pub almost twice as much.

You millennials are even more likely. And I understand your arguments in favour of it. You place more value on the experience than you do on the money.

But a lot of you are getting carried away.

Preparing food at home not only saves you money, but is healthier for you too.

I think many of you will be pleasantly surprised by just how much money you’re saving whilst you’re in lockdown!

No, I’m not talking about Netflix. I definitely don’t expect you to give that up with everything that’s going on right now.

But you do seem to love subscriptions. A survey found that you spend an average of over £190 per month on subscriptions. Ok, ok, that’s including things like your broadband and monthly mobile contract. But that’s still a heck of a lot.

A lot of the people I speak to don’t want to contribute £100 per month towards their pension.

And yet you’ll spend it on stuff you don’t use… Because in reality almost half of those subscriptions are unwanted.

You sign up for a service and forget to cancel. Rinse and repeat, until before you know it, you’ve got 5 of these taking £15 per month out of your account.

And the younger you are, the more this is costing you. Because the time value of that money is more significant than you realise.

These aren’t all bad. Some of you actually need a car.

My first question is, do you really need one?

If you’re living in a major city with good public transport, the answer is probably no. Unless, you need it for work or school runs.

But otherwise, you’re throwing money away each month on a depreciating asset that costs not just to own, but also to maintain.

And for those of you that do need a car. What type of car are you driving?

I wouldn’t be surprised if half of you could benefit from a downgrade.

It can be tempting to buy something a bit flashier, especially when you’re not paying for it upfront. Dealers are renowned for luring unsuspecting buyers into spending more than they wanted by pushing longer-term loans. In fact, they make more money on loans than they do selling the cars. It may look cheap with lower monthly payments, but it’s not.

There’s nothing outright wrong with credit cards if you’re disciplined enough not to abuse them.

Trouble is, most people do.

With interest rates over 17% on most credit cards, you don’t want to rack up debt on them. There’s nothing worse than paying away money to interest on personal loans. It’s dead money.

You might be tempted to buy something by paying for it in installments, more so if your credit card offers an interest free period. Don’t do this.

If you can’t afford to buy it outright, don’t buy it all.

I’ve seen far too many people fall into the trap of spending money they don’t have, because it’s tomorrow’s problem. If you’re stuck with credit card debt, pay as much of your free cash towards the debt as you can. There’s nothing worse than leaving the debt outstanding because you’re only paying the interest.

5. Not Saving for Retirement

This is by far the biggest mistake I see people making.

A lot of you may have ISAs or other savings accounts, but you’re still not contributing to your pensions. To me, that’s just crazy. You’re missing out on the tax contributions and making it easier to dip into.

As much as 30% of you aren’t saving for retirement and 15% of you have no savings at all.

There’s no better time than now.

Save early, save often.

I’d argue that aggressively saving whilst you’re young is the greatest advantage you can give yourself in the future.

Bonus #1: Not having Income Protection

So this is one you may not even think of as a financial mistake.

But, it could be the biggest mistake you make if something were to happen to you.

And if the worst does happen, you need to be able to pay your bills and provide for your loved ones.

Don’t be one of those people that says “Oh it’ll never happen to me”.

It happens to those people…

It doesn’t cost a lot. Get a quote. Get covered.

Bonus #2: Not Using a Mortgage Broker

I can’t say this enough:

Whether you’re buying your first home, or remortgaging, always use a mortgage broker.

Mortgage brokers will search hundreds of lenders to find you the best possible rate. And what most people don’t know is that banks often don’t offer their best rates to customers that come directly.

And if you’re remortgaging you should definitely know that some lenders reserve their best mortgage rates for new customers.

Using a mortgage broker to find you the best deals and remortgage your property every time your mortgage product expires, could save you a few thousand pounds per year.

Now, usually, brokers charge a fee. But there are free online mortgage brokers like Azoras.

They don’t charge for their advice, because they receive a fee from the lender if your application is successful. And if they think you’d get a better rate by going direct to a lender, they’ll tell you.

For many of us, our home is our single biggest asset. Make sure you’re not overpaying for your mortgage.

Always use a mortgage broker!

These are my top financial mistakes.

What do you think is missing?

Let me know in the comments below.

If you’d like to talk about your retirement plans or income protection with one of our advisors, you can book a free consultation any time.