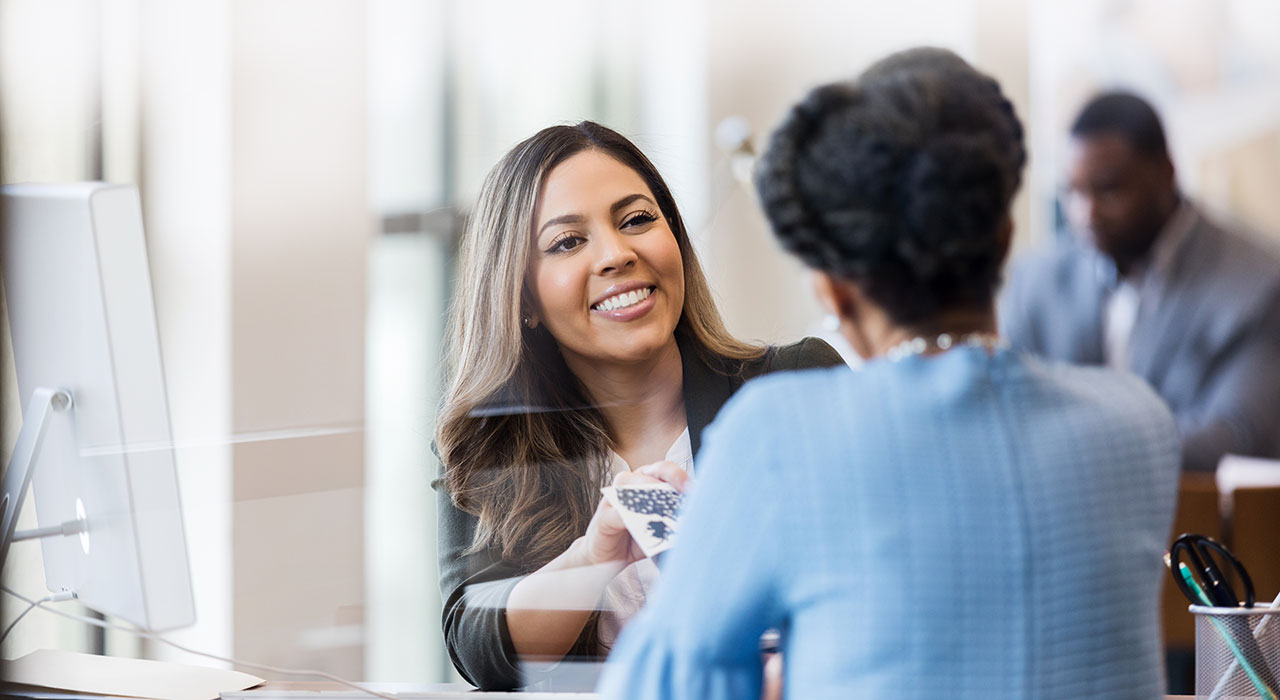 Introduction
The end of October brought plenty of bad news for Western economies as scientists stood in front of graphs and talked of ‘inexorable rises’ and ‘exponential increases.’

Unsurprisingly, stock markets duly took note. We report on 12 major stock markets and only two, India and Hong Kong, were up in October, with all the major Western markets falling.

Away from stock markets, October brought us within three days of the US Presidential election. As we write, Democrat candidate Joe Biden is the strong favourite to become the 46th President of the United States. But could Donald Trump upset the odds as he did four years ago? You may well know the answer by the time you read this.

As we always do, let’s look at all the detail and try to find some light amid the gloom.

The Furlough scheme has been extended for another month and there seems certain to be claims for extra support from those businesses forced to close for a second time. Having scrapped the Autumn Budget and presented his Winter Economic Plan in September, you suspect that Chancellor Rishi Sunak may have to find yet more cash.

The impact of the pandemic is certainly starting to be felt by large employers. October saw EasyJet make its first ever annual loss and pubs chain Wetherspoons, which was founded in 1979, make its first loss since 1984. Rolls-Royce announced that it would look to raise £2bn from shareholders through a rights issue after a “sharp deterioration” in civil aerospace.

…And with 69% of Londoners apparently working from home (compared to 18% in Paris and 25% in Berlin), the outlook for the ‘commuter economy’ can only get worse, especially with the announcement of a second lockdown.

It is, though, an ill-wind. Tesco’s profits surged as their online orders doubled, and ASOS reported that it had added 3 million customers during the pandemic. Kentucky Fried Chicken (KFC) also announced that it would create up to 5,400 jobs in the UK and Ireland.

In the wider economy, the UK staged some sort of recovery in August. The economy grew by 2.1% as the Eat Out to Help Out scheme boosted restaurants. The figure was, though, below expectations and the economy remains 9.2% smaller than before the pandemic struck. UK inflation rose to 0.5% in September and Government borrowing for the month was £36.1bn, £28.4bn more than last year and the third highest since records began in 1993.

One pinprick of light at the end of the tunnel was the UK housing market. The lifting of the Covid restrictions was said to have led to a ‘surge in mortgage applications,’ with Nationwide reporting that house prices rose at their fastest rate for five years in October. The average price of a house in the UK is now £227,826.

As we reported in the introduction, October was not a good month for world stock markets and fears of a second wave of the virus and the consequent lockdown meant that the FTSE-100 index of leading shares had its worst month since March. The FTSE dropped 5% to close the month at 5,577 – below the 5,672 at which it ended March.

The pound had a relatively quiet month and was unchanged against the dollar in percentage terms. It ended October trading at $1.2954.

Brexit and Trade Deals
The month started with the EU taking legal action against the UK for ‘breaching the withdrawal agreement.’ The Prime Minister held ‘last minute’ talks with Ursula van der Leyen, President of the EU Commission, and stated that he didn’t want a ‘no deal’ exit.

Then the French hardened their demands over access to the UK’s fishing and the prospect of ‘no deal’ was back on the agenda. It was reported that there were ‘significant gaps to bridge’ and by the middle of the month Downing Street was suggesting that the trade talks were ‘effectively over.’

Meanwhile, the UK struck a deal with Australia to extend freedom of movement, and concluded a £15bn trade deal with Japan.

Europe
As you will probably know, both France and Germany ended October back in lockdown. France had imposed a night time curfew in the middle of the month but by the end of October the major European economies were in their second period of lockdown as Covid-19 cases soared.

Where does all this leave the Eurozone economies? There was some good news when official figures showed that Eurozone economies had bounced back by 12.7% in the third quarter of the year, although this was not enough to regain the ground lost earlier in the year.

…And, of course, measures to protect jobs and businesses have led to a huge increase in debt. A report in the Financial Timessuggested that Eurozone budget deficits had risen almost tenfold in a bid to counter the pandemic, with budgets in the red by almost €1tn (£900bn) as President Macron said that the virus would be with us “at least until next summer.”

Let us, though, finish with Europe’s glass half full, at least for this month. City AM reported that the value of the continent’s top tech firms had ‘soared’ over the last five years, signalling ‘a golden age of tech entrepreneurship on the continent.’ European tech companies are now worth four times what they were four years ago, with their combined value jumping from €155bn (£139bn) to €618bn (£556bn).

Sadly, Europe’s two major stock markets were more concerned with the possible long term impact of another lockdown. Germany’s DAX index fell 9% in October to close the month at 11,556 while the French stock market was down 4% at 4,594.

US
October started dramatically for the President when he tested positive for Covid-19 and spent a few days in hospital. He appears to have made a full recovery and is back on the campaign trail, no doubt cheered by figures from the Bureau of Economic Analysis, which revealed that the US economy had grown at an annualised rate of 33.1% in the third quarter. This was double the previous best, recorded in 1947, and recovered the ground lost in the 2nd quarter when the economy contracted by 31.4%.

Jobless claims also fell, although they remain at record levels. At the height of the pandemic 6.9m Americans applied for jobless benefits in a single week which is roughly ten times the number seen in the financial crisis of 2007 to 2009.

October saw US airlines put a combined total of 32,000 staff on unpaid leave as the job recovery slowed down. Figures showed that 660,000 people found work in September but that was well below the 850,000 predicted by economists. There are plenty of people in work at Amazon, but the company revealed that 1.44% of them, nearly 20,000 employees, have had Covid-19.

In company news, Apple launched the iPhone 12 and business is unquestionably booming for the tech giants. Apple, Google, Facebook and Amazon all reported figures on September 30th and there was one common thread: their growth shows no sign of slowing down.

US markets were, though, influenced far more by worries about the pandemic than the rise and rise of the tech giants. The Dow Jones index closed the month down 5% at 26,502, while the more broadly based S&P 500 index was down 3% at 3,270.

Far East
The month’s most significant story in the Far East was China’s continuing ‘bounce back’ from the effects of the pandemic.

As manufacturing shut down at the beginning of the year, the Chinese economy contracted by 6.8% in the first quarter of the year, the first quarterly contraction since records began in 1992. However the recovery appears to be well under way, with official figures showing growth of 4.9% for the third quarter compared to the same period last year. This was below the 5.2% predicted by economists, but still confirms China’s rapid recovery from the earlier effects of the pandemic.

Figures for September showed that both exports and imports were up, with Chinese exports up by 9.9% and imports by 13.2%, cutting the country’s trade surplus for the month from $59bn (£46bn) in August to a paltry $37bn (£29bn).

It was not such good news for the wider Asian economy, at least in the short term. The International Monetary Fund downgraded its forecast for this year, suggesting that the wider Asia Pacific economy would shrink by 2.2% rather than the previously forecast 1.6%. However, it expects to see growth of 7% next year, driven by the rebound in China.

In company news Huawei continued to suffer from accusations of collusion with the Chinese government. This was good news for Samsung, which posted a net profit of $8.3bn (£6.4bn) for the third quarter as smartphone sales jumped 50%.

On the region’s stock markets it was a quiet month for China’s Shanghai Composite index, which rose just seven points to 3,225. The Hong Kong market rose 3% to close October at 24,107, but the other two major markets both lost ground in the month. Japan’s Nikkei Dow index fell 1% to 22,977 while the South Korean market was down 3% at 2,267.

Emerging Markets
November was a quiet month for news in the three major emerging markets that we cover. Brazil has now had 5.3m cases of Covid-19, the third highest figure after the US and India. Despite this, President Jair Bolsonaro has overruled his health minister and said that the country will not be buying a Chinese-made vaccine which, said the President, has not yet completed clinical trials.

And finally
October, clearly, has not been a good month. As we said in the introduction, advisers and scientists have stood in front of graphs and here we are back in lockdown. Fortunately, there have been some lighter moments in the month.

At the beginning of the month firefighters in Hull were called to a bizarre rescue mission. Student Rosie Cole, who had been drinking wine and honey tequila, had been dared by her friends to see if she could fit inside a tumble dryer. Ms Cole gracefully accepted the challenge and climbed inside the clothes dryer.

You know what’s coming. Ms Cole was duly rescued by the fire service.

…But by the end of the month the Hull Fire Brigade had been upstaged by their colleagues in Essex, who had to rescue three teenagers who had crawled into an industrial-sized tumble dryer. There was no word on whether honey tequila played any part in the incident.

The monthly market update will be back at the start of December. Following Saturday evening’s announcement it seems appropriate to send all our clients our best wishes for the coming month. Stay safe, take care of those you love and, of course, resist the honey tequila and the consequent urge to climb inside a tumble dryer…