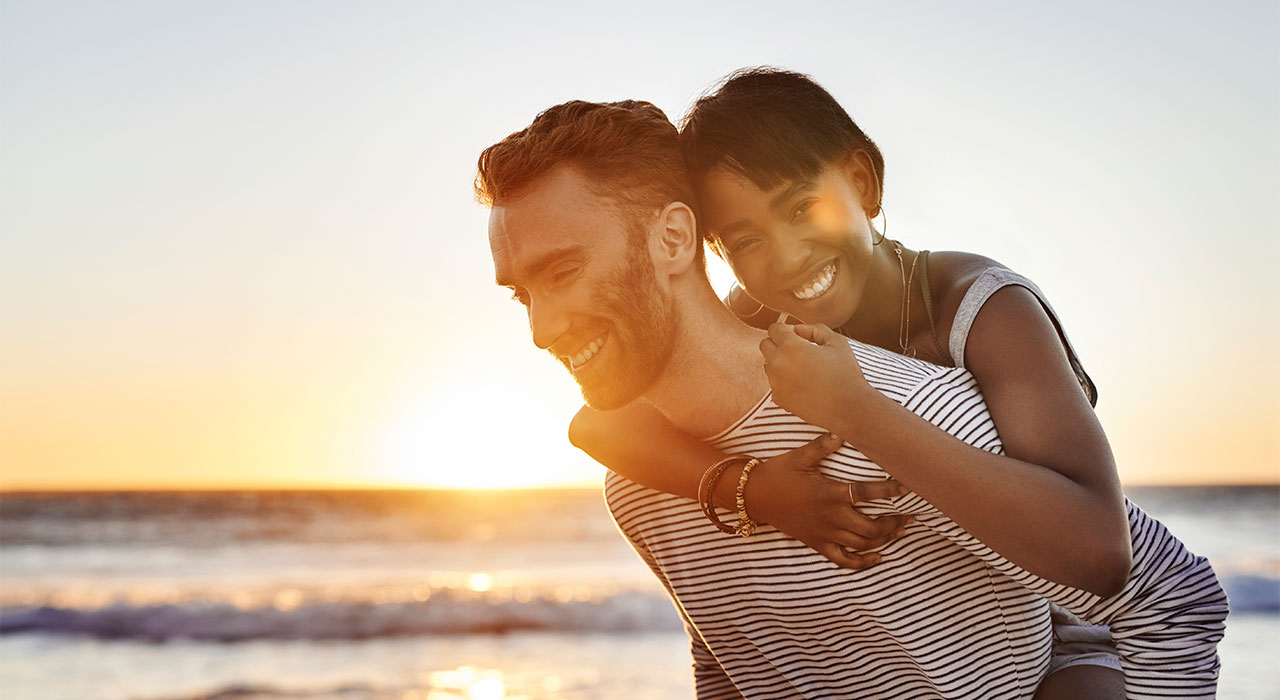 Introduction
On 11th March this year – less than four months ago – the new Chancellor of the Exchequer, Rishi Sunak, presented his first Budget following the Conservative victory in the December election.

That Budget was, he declared, a “People’s Budget from a People’s Government.” It was certainly a Budget that was high on spending commitments as the new Government looked to ‘level up’ the UK and make good on their election promises.

There was, though, a cloud on the horizon: the coronavirus outbreak. Rishi Sunak presented what he described as a “temporary, timely and targeted” response to the outbreak. He accepted that the UK’s GDP was likely to fall sharply over the next two to three months, but said that the measures he’d taken would help the UK to ‘bounce back’ in the second half of the year.

Well, here we are in the second half of the year, with the UK gradually emerging from lockdown. The country went into lockdown on 23rd March: that was just over 15 weeks ago. The changes that have occurred in those 15 weeks have been severe and far-reaching. The ‘new normal’ is the phrase on everyone’s lips and most commentators accept that the Chancellor must prepare the UK for a ‘new economy’; in the present climate, restoring the ’pre-Covid economy’ is simply not an option.

The economic background
The Covid-19 virus has – unquestionably – delivered a massive blow to the UK’s public finances. As with all the world’s major economies, the UK has seen a dramatic fall in its GDP and the Government has had to borrow to support jobs, businesses and the NHS.

The virus has also meant that the Government has raised less than expected in tax receipts. As we’ve all been working at home, we’ve not been spending – it is no surprise to see ‘commuter based’ businesses like Pret A Manger laying off staff. Lower profits obviously mean lower Corporation Tax receipts and fewer staff inevitably equals lower National Insurance contributions.

Announcing what it termed the Chancellor’s summer economic update, even the official notice from the House of Commons library conceded that the recession caused by the virus was ‘unprecedented in modern times.’

The simple fact is that the true cost of Covid-19 – whether that cost is medical or financial – won’t be known for some time to come.

The speech
The Chancellor rose to speak after Prime Minister’s Questions and spoke to a socially distanced House of Commons.

He began by mentioning the coronavirus crisis but did not dwell on the numbers. Perhaps he did not need to, as one simple statistic told it all. At the height of the crisis, the UK economy had contracted by 25% in two months – as much as it had grown in the previous 18 years. With the IMF predicting “the worst economic downturn since the Great Depression,” he openly acknowledged that “hardship lies ahead.”

“People need to know that we will do all we can,” said the Chancellor – which may not be quite the “whatever it takes” of earlier speeches. Nevertheless, he unveiled a raft of measures designed to “protect, support and create jobs” and give everyone “the chance of a fresh start.”

The Chancellor briefly alluded to the measures put in place in March, when businesses were forced to close as social distancing was enforced. The £160bn plan to protect jobs, people and businesses had, he said, “protected 11m people and more than 1m businesses.”

Four months later, it was now time for the second phase of the country’s response – a focus on jobs.

The third phase, ‘re-building the economy,’ will presumably be announced in the Autumn Budget and spending review, and it was hard not to think that the Chancellor was keeping some of his powder dry until he sees how the economy responds over the next three to four months.

The measures
The Chancellor started the main section of his speech by confirming that the furlough scheme would wind down, “flexibly and gradually” through to October. To continue it any longer, he said, would just give people “false hope” that they could return to previous jobs.

To date, the government’s furlough scheme has reportedly helped employers pay the wages of 9m employees across the UK and 2.7m people have been supported by the self-employment income support scheme.

What
The Job Retention Bonus.

When
From October, when the furlough scheme ends. Payments will be made from February 2021. Further detail about the scheme will be announced by the end of July.

Comment
This scheme will pay employers a one off bonus of £1,000 for every employee who – having been furloughed – returns to full time employment in November, and is employed through to the end of January, earning at least £520 per month.

With 9m people on furlough, it could cost the Treasury up to £9.4bn.

Rishi Sunak then moved on to his “three point plan” for jobs, focused on helping people to find jobs, creating jobs and protecting jobs.

As expected, much of the focus was on young people, with 700,000 leaving education this year and the under-25s 2.5 times more likely to work in a sector which has been closed during the crisis. His measure to help tackle this problem was the Kickstart Scheme.

What
The Kickstart Scheme.

When
“From this Autumn,” according to the Chancellor.

Comment
This scheme will directly pay employers to create new jobs for young people aged 16-24 who are on Universal Credit, with the jobs paying at least the minimum wage for 25 hours a week. The Government will cover 6 months of wages plus the associated employer National Insurance contributions and employer minimum automatic enrolment contributions, worth around £6,500 per person on the scheme. The Chancellor made an initial £2.1bn available for the scheme, and placed no cap on places.

The Chancellor then moved on to measures supporting training, job centres and apprenticeships, announcing that the Government will provide an additional £32m funding over the next 2 years for the National Careers Service. This is expected to support 269,000 people with personalised advice on training and work.

A £1bn funding boost was revealed for the Department of Work and Pensions, as the Chancellor announced a doubling of the number of job coaches in a bid to “support people back to work.”

In addition, £111m was made available to fund ‘high quality work placements’ with – for the first time ever – the Government funding employers who provide trainees with work experience. This move is specifically aimed at 16-24 year olds.

The Chancellor outlined his plans to build on the £88bn of capital spending announced in the March Budget and the extra £5bn announced by the Prime Minister last week. As he put it, the Government was “doubling down on levelling up.”

As had been widely trailed, this was the start of the ‘green jobs’ initiative.

What
The ‘Green Homes Grant’.

When
Vouchers will be available from September.

He also announced a ‘green audit’ of public sector buildings in a broad move designed to “save money, cut carbon and create jobs.”

Housing and stamp duty
The Chancellor moved on to another widely anticipated part of the speech, saying that housing transactions had fallen by 50% in May, and he wanted to “give people the confidence to move.”

What
A temporary cut to stamp duty until 31st March next year.

Comment
The Chancellor raised the threshold for stamp duty from the current £125,000 to £500,000 in England and Northern Ireland.

This means: “Nine out of ten people buying their main home will pay no stamp duty.” This represents a significant saving for the vast majority of homebuyers and should help to kick-start – to use one of the Chancellor’s favourite new words – the housing market, with 240,000 people directly employed by house builders and contractors and a further 500,000 to 700,000 employees in the supply chain.

The hospitality and tourism industries employ 2m people, with 80% of firms having stopped working during lockdown and 1.4m workers furloughed. We want to “get our pubs bustling again,” said the Chancellor as he announced two new measures:

What
A temporary reduction in VAT for the hospitality and tourism sectors.

When
From Wednesday 15th July until 12th January next year.

Comment
VAT will be cut from 20% to 5% from next week in what the Chancellor described as a “£4bn catalyst” to protect 2.4m jobs. The reduced rate will apply to supplies of food and non-alcoholic drinks from restaurants, pubs, bars, cafes and similar premises.

What
“Eat out to help out”.

Comment
A move put in place to encourage people to return to eating out. Throughout the month of August, you can ‘eat out to help out’ and – from Monday to Wednesday’ – receive up to 50% of a meal up to the value of £10 per head, in a bid to ‘help out’ 130,000 businesses and their 1.8m employees. Participating establishments will be fully reimbursed for the 50% discount.

Other measures
The government also outlined plans to invest £1bn over the next year in a Public Sector Decarbonisation Scheme. This will offer grants to public sector bodies, including schools and hospitals, to fund energy efficiency and low carbon heat upgrades. The scheme is part of the government’s ambition to halve public sector greenhouse gas emissions by 2020.

The additional environmental funding didn’t stop there. The government will invest up to £40m in a Green Jobs Challenge Fund for environmental charities and public authorities to create and protect 5,000 jobs in England. These jobs will focus on improving the natural environment: planting trees, restoring habitats, clearing waterways and creating green space for people and wildlife.

Sunak’s support for home-buyers went beyond the stamp duty cuts. The government confirmed a £12.2bn Affordable Homes Programme, supporting up to 180,000 new affordable homes for ownership and rent in England. The £12.2bn will be spent over five years, with the majority of homes built by 2025-26.

What’s more, the government will introduce new legislation during the summer to make it easier for people to build homes in the places they want to live. These regulations will make it easier to convert buildings for different uses, including housing, without the need for planning permission. Later this month, the government will launch a policy paper outlining its plans for reform of the country’s planning system. They hope to alter planning rules to better support the economy and release land for housing in key areas.

There was also additional NHS funding. The government will provide £1.05 bn in 2020-21 to invest in NHS critical maintenance and A&E capacity across England.

Conclusion
All in all, said the Chancellor, the measures he had announced amounted to a “£30bn plan for jobs.” The country would, he declared, be defined “not by the crisis, but by how we respond to the crisis.”

That was a neat line from his speech writer but it was hard to escape the conclusion – to continue with the hospitality analogy – that today was simply the starter and the main course will be the Autumn Budget. By that time, Rishi Sunak will have seen not only how the country has responded to the measures he announced today, he will also have a much clearer idea of whether we will see a ‘second spike’ of the virus.

Crucially, he will also be closer to answering three key questions: how quickly will the UK economy recover? Will all sectors of the economy recover at the same rate? How bad will unemployment be?

It is the answer to those three questions that will ultimately determine our response to the crisis – and how we might ultimately pay for it all. By the Autumn Budget, the Chancellor should also know whether any more sectors of the economy need specific, targeted help.